You are here: Home / Personal Development / Solving a problem is as easy as taking a walk. 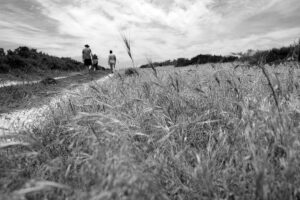 In 1891 a German physicist, Hermann von Helmholtz spoke about a thought process that he used when he was trying to solve a problem or make a connection or create something new.

He said that this process included 4 stages.

This process is backed up by the likes of Ludwig van Beethoven who used to walk for 5 hours every afternoon after having composed the full morning. Friedrich Nietzsche was an outstanding walker who spent up to 8 hours a day in this activity in some periods of his life, and said that “all truly great thoughts are conceived by walking.”

Charles Dickens, Thoreau, Hemmingway, Tchaikovsky, Virginia Wolf, and Tesla – to name a few were all keen walkers when seeking inspiration.

I believe that it’s not only walking that promotes creative inspiration but putting in the work and then relaxing enough for everything to brew together and rise to the surface.  It’s the need for both work and release.

0
0
Your Cart
Your cart is empty