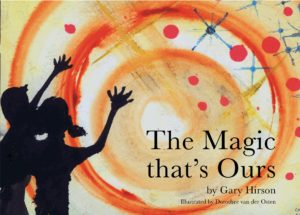 Albert Einstein’s Life-Changing Lessons. Albert Einstein is considered to be one of the greatest minds that has graced our planet. He believed in the power of the imagination – stating, “Value your imagination. The true sign of intelligence is not knowledge but imagination.“ In my interactive book, The Magic that’s Our’s “Magic” says to Joel and…

0
0
Your Cart
Your cart is empty